People ask me all the time – what is your favorite part of travelling? It’s a great question that I don’t have just one answer for. I love the adventure, and figuring out different cultures and people. I love seeing and experiencing things for the first time. And this past week, I realized that one of the things I really enjoy most about travelling is creating new bonds with the people most important in my life (and sometimes complete strangers). I’ve been doing this for years…with my family, a few friends, strangers in new places, and recently with Tony. But last week, I was able to travel and experience Hawaii with my amazing friend Nicole. Let me back up a little…

There is an annual insurance conference every year for new designees receiving their CPCU (a highly respected insurance designation) and the other ‘insurance nerds’ of the world. Tony is one of the ‘insurance nerds,’ so he had been excited for years that the conference would be in Hawaii in 2016. I, not quite as nerdy, was mostly just excited to go to Hawaii! Since Tony would be occupied with the conference for the first half of the trip, I asked my friend, Nicole, to come along. Most of the time when I ask friends and family to travel with me, I get responses like, “Maybe…” or “It seems expensive…” or “That sounds fun but…” I never actually expect people to join me. But when I asked Nicole, she jumped on board immediately. No convincing. No begging. She just booked her ticket and it was that simple.

We arrived in the Honolulu airport about 10:30 pm on a Friday evening. She was coming from San Francisco and we were coming from Atlanta. We had all put in a full day of work and travel, so we were tired and the hour-long taxi line was excruciating. Nicole and Tony were patient the entire time as I griped about the absurdity of having to wait. I just wanted to get to the hotel so I could experience Hawaii! But lo and behold, we did eventually get to the hotel…and fell onto the beds immediately.  Hawaii would have to wait for the morning.

Tony was up and out of the room before the sun rose. And when Nicole and I woke up, we hurried through our showers so we could get outside to see the beach. As soon as the ocean breeze hit our faces, we both breathed a big sigh and looked at each other with big smiles. We were finally on vacation! With no real agenda for the day, we found breakfast followed by pedicures.

Later that day, we were meeting a childhood friend of Nicole’s. The irony of meeting people you’ve known for 25+ years in Hawaii is still a little amazing to me. It’s one of the reasons I love airplanes – it makes the world just a little bit smaller and more connected. And thus began the crazy few days in Honolulu of meeting old friends and new friends. I met old insurance co-workers, some who were still with the same companies, some who had moved on. I met their significant others. We talked about life, work, love, the world. And most importantly, we laughed! We laughed sitting on patios that over looked the ocean, looking out as far as we could to only see water and clouds. And we bonded.

There were mornings that Nicole and I would sit on a patio drinking coffee for hours, or mornings where we laid in bed and chatted and giggled like schoolgirls. It was so peaceful and relaxing…just enjoying the moment and forgetting that time existed. I was so grateful that she had been able to come along. I would have been bored out of my mind while Tony was busy working, but instead, I was having the time of my life with one of my best friends.

I had been to Hawaii about 15 years ago, but it was a much different experience than Honolulu.  It’s funny how memories change, and we engrain them in our brains a certain way.  Psychologists have proven that human beings tend to remember things ‘better’ than they actually were.  I’m not sure what this says about our world.  Maybe we have to remember things better than reality to get through life.  Maybe we are optimistic creatures, always trying to see the best in things.  Regardless of what causes this phenomenon, my memories of Hawaii are always those of some sort of paradise.  A little island in the middle of the Pacific Ocean, secluded from the rest of the world, and surrounded by beauty.  I’m so fortunate that I’ve been able to make the memory of ‘Hawaii’ in my mind.

But, like any memory, the best part is the people that were part of it.  And for the first part of our trip, Nicole was that person.  I am so lucky to have found such an amazing friend. A person who doesn’t judge. A person who isn’t afraid to tell me when I’m being an idiot. A person who is fun-loving, intelligent, hard working, and open-minded. A person who is hard not to love.

Our trip was off to a great start.  And I couldn’t wait for the second part – canoeing, touring in an ATV, scuba diving, and the ocean. 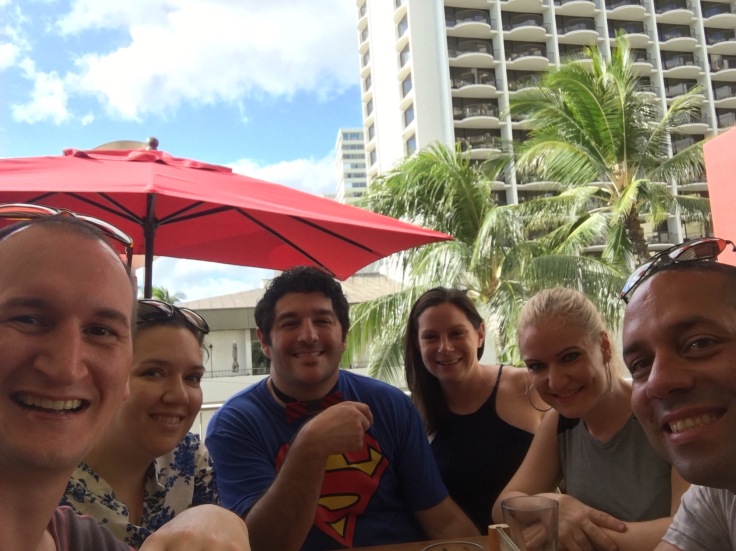 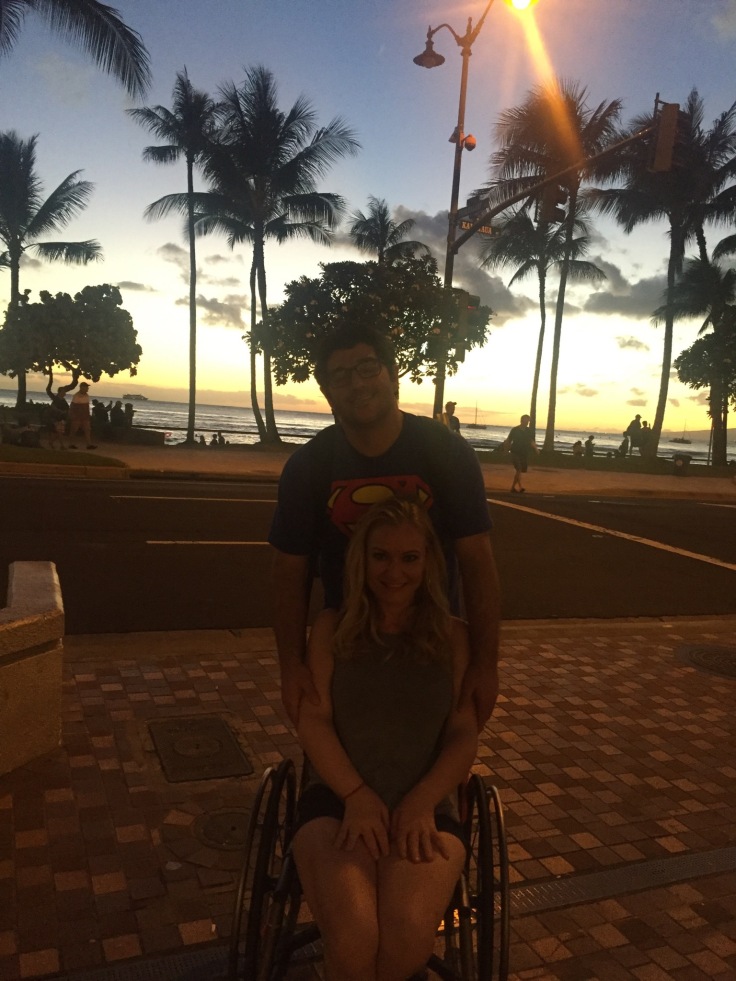