We were in San Ignacio, just nine miles from the Guatemalan border.  I had read that many tourists and expats would frequent a town just across the border – Melchor de Mencos – as food, water, and other necessities were drastically cheaper.  There was a small exit fee at the Belize border (about $18) and not a single border control official on the Guatemalan side.  We parked our car on the Belize side, as it’s quite expensive to drive in.  There’s a fairly new walking bridge that crosses the border and the Mopan River.

The immigration officer reviewing our passports told us kindly that there were protests just across the border and that we should be careful.  I looked at Tony concerned and asked if we should just stay in Belize.  We both agreed that we would start walking and if we felt unsafe at any time, we would turn back.  Just as soon as we crossed the bridge, we saw about 50 people crowded in a town square holding signs and chanting.  There was a loud speaker playing something in Spanish.  I asked Tony what they were saying and he responded that this small group of very calm people had to be the protest.  They were chanting about war and peace and the borders.  We didn’t go far as it was hot, and quite frankly, we didn’t have anywhere to go.  We found shade under a small food booth with a few locals and joined them in watching the protest.  At one point, the protesting group had some very cheery music playing.  It was not quite what we expected to see when we were told there was a protest.

We drank water to cool ourselves and watched the locals from the shade.  Cars and scooters flew around corners, every single one of them overloaded with people.  Parents walked with their children along the sides of the streets.  A little boy stepped out of a restaurant and peed on the side of the street, as if this was everyday life (and it probably was for him).  All of these people, going somewhere, just another day for them.  I spotted an ice cream shop across the street and we headed over to see what they had.  The building was packed full of people, and Tony politely asked for some space as we came through, each person kindly moving out of the way.  We each ordered a small cone and paid US $1.83 combined.  We stood by a large, open window of the building, watching the people all go about their day.  There were a few locals who were relaxing outside the window, and I felt like all eyes were on me.  I’m guessing they don’t see blond, white girls in wheelchairs very often…

We headed back to the bridge towards Belize and saw a local restaurant where we stopped for a drink.  The woman working was thrilled to have us, and couldn’t stop asking questions about us (all in Spanish, with Tony translating).  She had been chatting with another man who approached us as well and started speaking in English.  He was equally excited to see us, and just couldn’t resist telling us his life story – he had lived in New York, Mexico, Honduras, and was now back in his native country.  His English was a little broken (and I think he had too much to drink), but he was adamant that since we were from the US, we would be safe in Guatemala.  Tony questioned this and immediately switched over to Spanish to ask him if this was a safe part of Guatemala.  And of course, the slightly intoxicated man responded that it wasn’t.  He was an interesting character if nothing else.

On our walk back to Belize, we passed a young girl and her mom.  The young girl was in a wheelchair, her mom pushing her slowly.  It was falling apart and could hardly be considered functional.  It was way too big for the girl, who was probably around 10 years old, and it had a piece of ragged cloth tied to the armrests in the front to hold the girl into the chair.  We passed by them, not much going through my mind.  After all, it wasn’t really out of the landscape of the rest of what I’d seen in Guatemala.  But later that afternoon, I started thinking about this girl and her mother.  I wondered where they got her wheelchair from.  Was this what the government provided to them?  I wondered how long they had it.  Did they have to wait years for it?  Would this be the only wheelchair the girl would ever get?  I started to feel remorse for so casually strolling by her in my high-end, top of the line, titanium wheelchair.  I know that this girl’s mother would do anything to change her situation, the same way my mother would.  And it breaks my heart to know that because she was born on the wrong side of an imaginary line, she will never be able to change any of it.  I can only provide hope for her and her future.

After our few hours in Guatemala had passed and we were safely back in Belize, we drove a few miles to Xunantunich, one of the most famous Mayan ruins in Belize.  I told Tony to turn left, but when we looked down the path, we found ourselves staring at a hand-cranked water ferry.  We looked at each other befuddled when one of the workers pointed to the side of the street.  He was indicating that we needed to park along the street until the ferry got back to our side.  It was full of four cars and dozens of people.  And there was a single man cranking the ferry by hand to move it across the river.  Our turn came and went, not a charge for the service at all.  We got to the top of a large hill, where Xunantunich is located, to find about a dozen steps made of dirt and stone.  Tony did a quick check to see if it was accessible at the top of the steps, and it was, so we made our journey upwards.  It was 102 degrees, and felt like 108, and we were in the middle of a flat land, with Mayan ruins surrounding us.  We wanted to stay as long as we could, but the sun was beating down on us, and the humid heat was sucking every ounce of moisture out of us.  We took a few pictures and tried to capture the moment in our minds as best we could before we called it a day.

The next morning, we drove for several hours to get to Altun Ha, another famous Mayan ruin in Belize.  The experience was similar, although this site was much more accessible.  As we drove to the hotel in Belize City that afternoon, Tony and I chatted about the different areas of Belize.  The beaches are beautiful, and the resorts that line the coastline are equally elaborate.  But deep inside the country, it becomes amazingly desolate and full of poverty and rundown infrastructure.  For the people living here, this is their life.  This is their pride and joy.  I will never understand how the world has become so divided in so many ways.  As for Belize, I will cherish the beautiful coastline and the clear waters, and remember the desolate countryside that makes up the rest of the country. 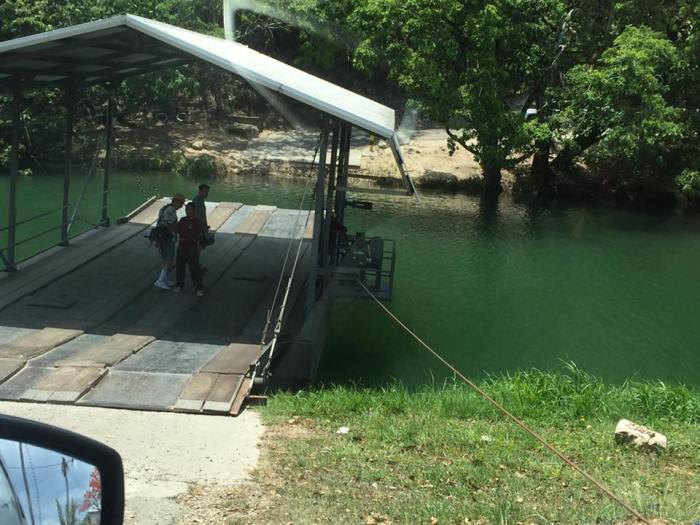 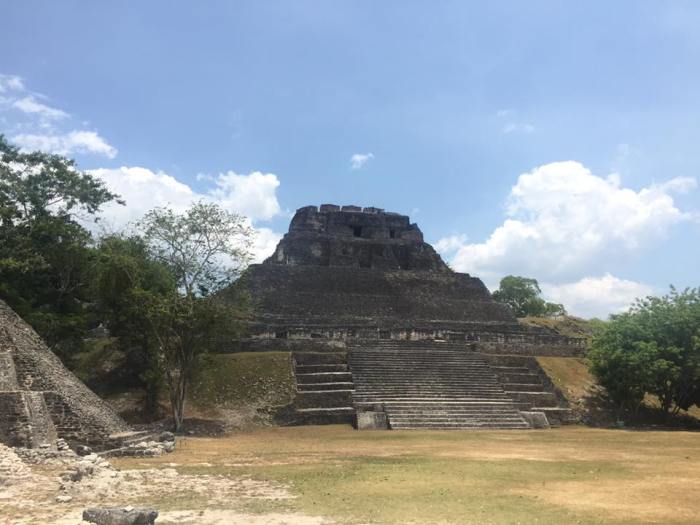