Traveling Eastern Europe is like falling in love. It only gets better, richer, and more fulfilling. I knew within minutes of walking the streets in Bratislava that it was a city I would adore. And that I do. I think it could be referred to as “Europe’s Unfound Treasure.” Granted, it’s small, and likely only consists of a day’s worth of activities, but the people and the restaurants and the buildings are phenomenal. I know I say that about many places, and I do mean it. It’s very hard to explain how a place feels. How it makes a person feel. But Bratislava is just one of those places that feels like I’m meant to be in.  It’s so welcoming and warm.

There’s not a lot to do in Bratislava, but we did find a few ‘touristy’ things to do. Old Town is a part of town full of retail shops and restaurants. It’s surrounded by an old wall, similar to the medinas in Morocco, and everything inside is walking only (no cars). We spent a few hours here, strolling the shops and stopping for drinks. It was nice to have a leisurely day with no real agenda other than experiencing the city. 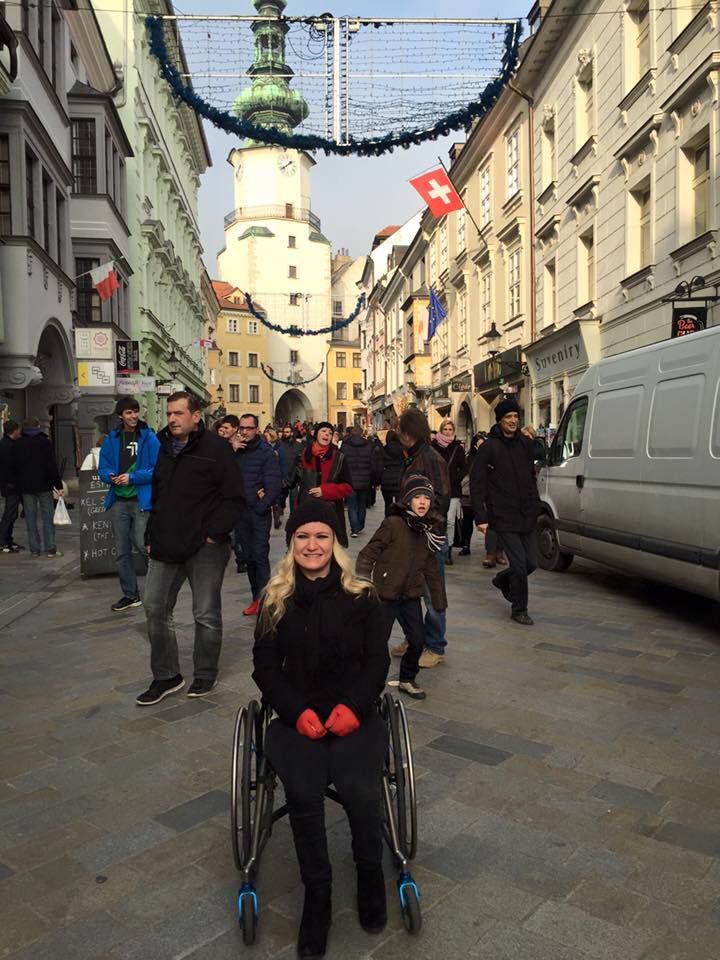 We did manage to stumble upon a very blue church and the UFO. The blue church, well, it’s a blue church. Odd, but that’s about it. The UFO is a bit more interesting. It’s a UFO shaped structure sitting on top of a structure that supports a bridge. And it’s literally called the “UFO.”  An elevator is available to take to the top where there’s a viewing deck and restaurant. The Bratislavans say that it’s the best view of Bratislava, and as Tony and I shared a plate of cheese in the UFO, we both agreed that it was in fact a gorgeous view. The entire structure shook with the winds and movement of the bridge, so that was a bit frightening, but well worth the scare and the views.

Our evening in Bratislava ended with dinner at a very hidden, underground restaurant that sat maybe 15 people. It was classic Bratislava and a great way to end our stay there. 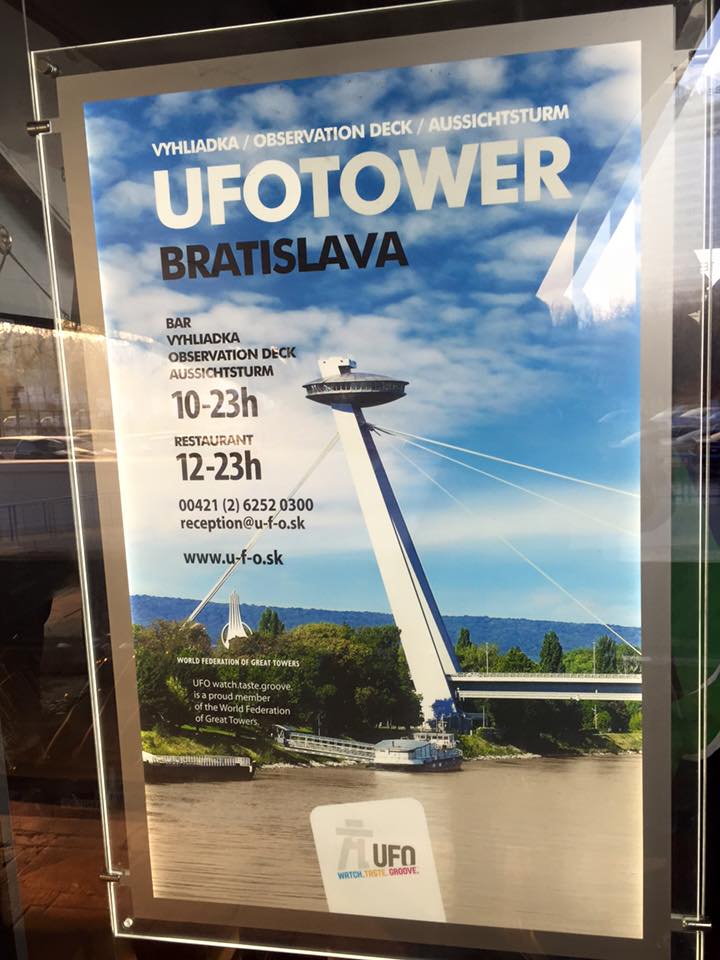 The next morning we found ourselves on a train to Budapest when a ticket agent managed to throw our little Eastern Europe romance for a twist. We had found our seats on the rather vacant train and were minding our own business…reading, blogging, researching Budapest…when a ticket agent stopped by to see our tickets. This was the second ticket agent on this particular trip (and probably the fifth or sixth since we arrived in Europe) that had stopped to confirm we had valid train tickets. We had purchased a Global Rail Pass before we left so that we could ride any train during our six-week trip. The ticket agents in the train stations and on the trains had not had a problem with our voucher, which indicated such, until now.

He viewed the ticket and shook his head in disappointment. In very broken English, he said, “This is not good. Your ticket is not valid. There will be a 200 euro fine.”

“I’m sorry, sir. I don’t understand. Here is our ticket and here is our seat confirmation. It clearly states that we have valid tickets and reserved seats.” I responded, apologetically, thinking I must have missed part of the process. I really respect the train systems that Europe has built and would never want to take advantage of what they’ve done.

He shook his head and responded, “I will only charge 100 euro.”

Confused, I asked again, “Sir, I’m not sure why there is a fee? Can you explain to me what part of the process we didn’t do correctly?”

“Shhh,” he whispered and leaned into our seats. “There is an inspector back there.”

I knew all too well that there wasn’t an inspector anywhere in our car. An hour earlier we saw two policemen walk through and take their seats in the same car. Other than them, there was only one other person in our car. And besides, if I was getting upset with him, why wouldn’t he just call the police over to settle the dispute?

“You need to fill out this part of the ticket,” and he handed me the ticket showing me a form attached that ‘needed’ to be completed. We argued with him and asked why we couldn’t just fill it out then, and that half a dozen other ticket agents hadn’t had an issue with it. I also remembered reading the instructions when I received the ticket and knew this was not the case.

“What about Hungarian Forints? Or US Dollars? You need to pay the fee.”

“Sir, I will pay the fee at the ticket counter at the train station. I do not have that amount of money on me.”

“Fine, get off at the next station to settle this,” he said hastily, and I took the ticket he was shaking in front of me, my hands shaking more than the ticket itself.

As I grabbed a pen and started to complete the form (which I still don’t believe needed to be completed), he reached his hand in front of us one more time and said, “Twenty euro.”

“No!” I said very firmly, and I knew at that very moment that he was trying to take advantage of us. Of our potential ignorance. He walked away and we never heard from him again. He didn’t make us get off at the next stop, or come back to check our tickets. I question if he was even a real ticket agent. But I’m proud of myself for knowing better, and if I did honestly forget about a part of the process, I hope that a fair agent will come along and let me correct it the way it should be.

So my romance with Europe had a bit of a blip, but after we reached our apartment in Budapest, and had a few hours to start exploring, all was forgiven. The streets (which are very accessible) are filled with locals, and the restaurants and shops are top notch. I’ve already gotten a few gifts and souvenirs to bring home. The food is different, and Tony would say it’s not as good as the previous places. He says, “It’s not as hearty. I want a big plate of meat.” But the people are equally as nice and the ambiance is what I expected. The romance is getting deeper and deeper, and I’m just getting started in Budapest. 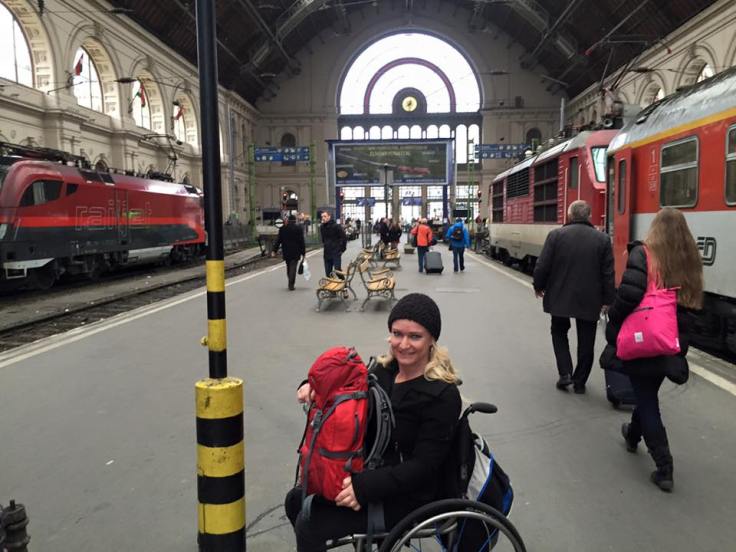 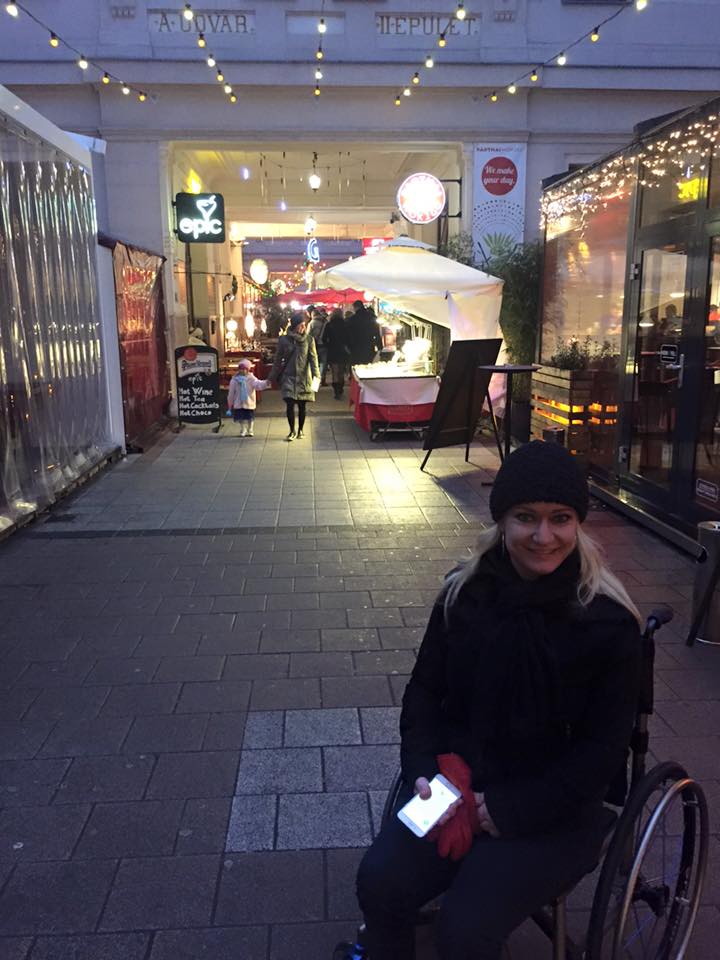