Jetlag has been kicking our butt, so when we had the chance to sleep in a little late in Galway, we took advantage of it. After all, the only other thing that we really wanted to do in Ireland was the Guinness tour. We had been putting it off due to weather, but today the sun was shining and it was a bit warmer. Ireland is beautiful in good weather!

So we made the two-hour drive from Galway to Dublin and found ourselves at the Guinness brewery. The tour itself was different than we expected, more of a museum than a tour, but we enjoyed ourselves. Later that evening, after finding our flat in the City Centre, a new area of town we hadn’t visited yet, we agreed to having one last Irish dinner and a drink. We enjoyed this newer part of the city and the pubs were equally as Irish as other parts of Ireland. We knew we had to get up early the next day, and we were exhausted, so we headed back to the flat around 9 pm. 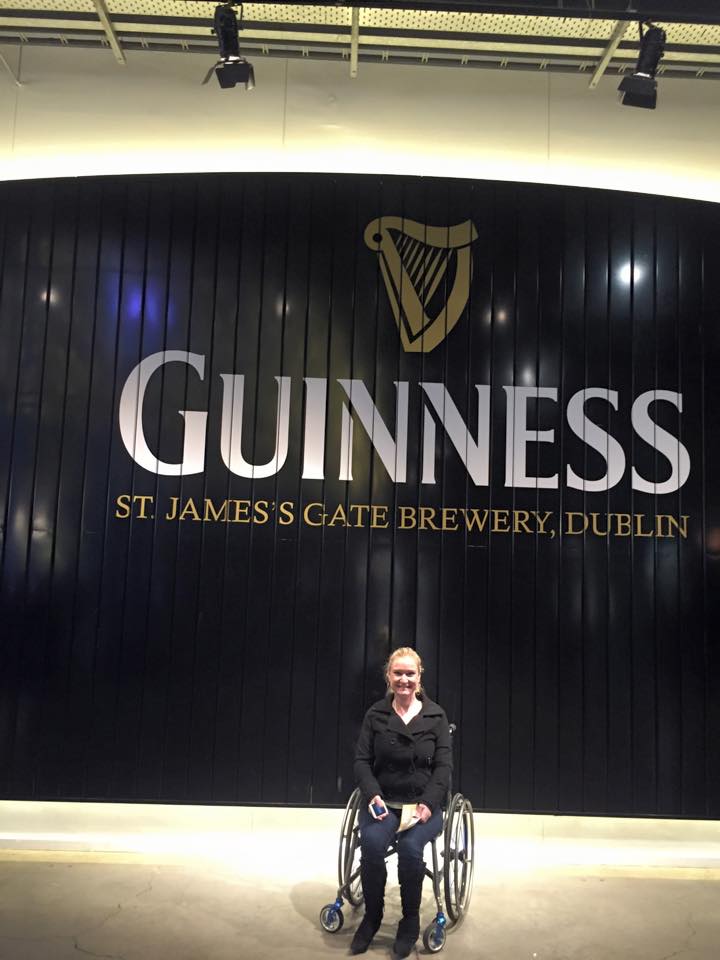 I hopped on the wifi for a few minutes when Tony, seated next to me at the kitchen table, looked at me and said, “Uh oh. I just received an email from my recruiter asking me to call him ASAP about my Atlanta offer.”

I could sense the worry in his voice and I felt my hands start to shake a little. He showed me the email and I just knew it wasn’t going to be good. He immediately hopped on Skype (you can make very cheap international calls through the program) and dialed in the recruiter. He was on speakerphone, and as the recruiter said the dreaded words – “The owner changed his mind and the offer has been withdrawn.” – I became extremely angry. Tony was very calm throughout the twenty-minute conversation, but I could barely stand it. I grabbed my coat and was about to walk out the door, away from the situation, when the call suddenly wrapped up.

I looked at Tony and just started screaming. “How could they do this? I quit my job for this. We ended our lease. We shipped our stuff to Atlanta and put it into storage. THEY GAVE US THEIR WORD.”

I had so many unanswered questions and they weren’t being receptive to our feelings and the predicament we were in. Another call was scheduled with them in an hour and a half, and I was prepared to let them hear it from me. I was livid.

I looked at Tony and he just stared at me blankly and said, “I’m going to cry.”

And so we did. We cried for the next 30 minutes and let it all out. It was probably a good thing. Our emotions were much more in check on the next call. We were able to get some of the questions we had answered, albeit not all, but it was a bit more comforting. The call still ended with us both being unemployed. But now we were unemployed, with nowhere to live, not even a city. Oh, and of course, we are in Europe, where we can’t work and won’t be able to interview.

We are literally homeless in Europe. No address. No jobs. Just a backpack of clothes each with no plans after December 22. It’s quite comical if you think about it.

I looked at Tony and told him, “Remember, when a door closes a window opens.” But I have always wondered why the door has to close. The door is bigger. Can’t the window close and the bigger opportunity open? I think in this case that is what happened, we just haven’t felt the draft of the open door yet.

We proceeded with letting our families know about our newfound “situation.” Everyone was supportive and agreed that it would all work out and we would land on our feet. My brother, Matt, told me, “You are truly living a nomadic lifestyle. I’m jealous!” And I realized that this was in a twisted way a dream come true for me. I’ve always wanted to fly by the seat of my pants, and this was my chance. Maybe this is a blessing in disguise.

So for the next six weeks, well actually for an indefinite period of time, we will be homeless in Europe. As my brother advised, “Just channel your inner Al Homan.” Al was my grandfather who spent many summers as a hobo. I think he would be proud of my adventurous spirit.

Five days into our trip and my destination has already changed. It’s full of fear and regret. But I know the journey will be one I will have forever in my heart.

One thought on “DAY 5 – I’M HOMELESS IN EUROPE”